Obelix, Captain Kirk, Han Solo, Joda, Kalisi, medieval knights…  What do these characters have in common?  They all roamed around side by side and rather photogenically at the Vienna ComicCon 2018.  This dress-up and gaming event took place at Messe Wien from 17 to 18 November.  Thanks to Instagramers Austria I had the chance to explore this strange (new to me) world with my camera on Sunday morning.

I have to admit, I am not an avid cartoon or graphic novel reader, and so many characters were unfamiliar, but I utterly enjoyed seeing people in costumes.  I learned a new term too: cosplay.  Embarrasing it may be to admit, but I had no idea what that was until this year´s VIECC.  It turns out to be quite simple, namely costume play, people dressing up to embody a particular character.

A very handsome man in red 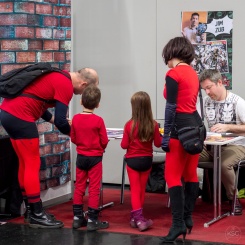 The Incredibles – so cute 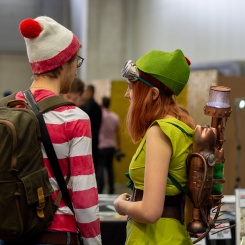 Despite my cartoon world ignorance,  I did recognize Obelix (a cartoon I loved to read as a kid), the Terminator, and of course the crew from Star Trek (also I show I enjoyed) and several characters from Star Wars.  I was reminded of a line I heard in a movie once, when one of the characters was confused between Star Trek and Star Wars.  The other character, a Trekkie, said – in a tone of utter exasperation –  “I can´t even begin to tell you the difference between Star Trek and Star Wars!”.  Alas, on this occasion, the two mingled quite happily.

My favorite moment: Star Wars and Star Trek characters happily together for a photo

That would be Star Wars, I think

The VIECC is an annual event.  It features a Cosplay Contest, staged fights (light sabers and such) and dance events, special guests (some quite famous), and stalls where fantasy and cartoon artists show their skill.  Plus a whole area for gamers and a separate hall for thematic merchandise stalls.

On both days of the VIECC 2018, Instagramers Austria was represented at “the INKTANK” booth.  In cooperation with Hashtagprinter they made it possible for all Instagram users to print photos on the ComicCon with the hashtag #VIECCinktank for free!  And boy, were there great photo opportunities!  I only had two hours, and I took 200 photos.  What you see here is a small selection. 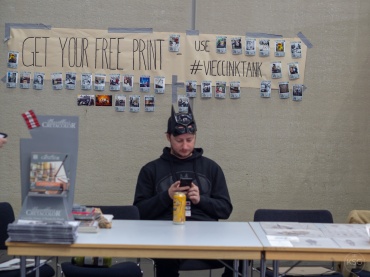 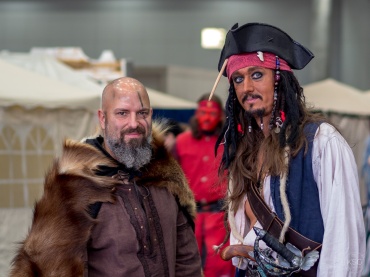 These types of comic book character conventions are a global phenomenon.   ComicCons are happening in many cities around the world. 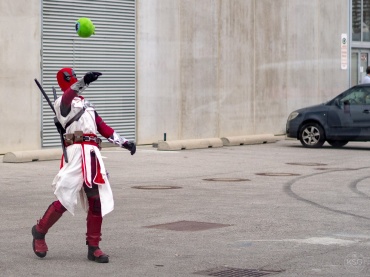 Meanwhile, in the backyard…

Want to see some more really excellent photos from the VIECC2018?  I recommend stopping by Michael Seirer´s gallery – his portraits are a notch above the rest, I think.

Thank you, Instagramers Austria, for giving me an insight into a hitherto completely unknown world.  As they say, “I´ll be back”!